For any of you that missed the American Country Awards this past Monday night – here’s a recap of what was one of the BEST award shows of 2011. 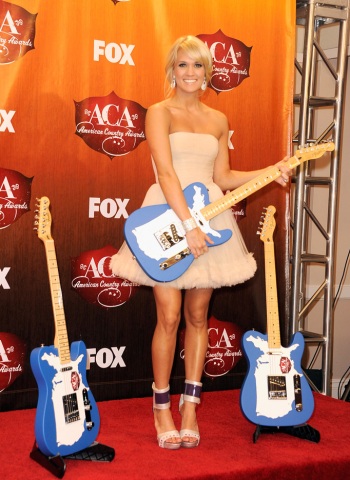 Carrie Underwood stunned fans looking gorgeous as always as she accepted her award for Female Artist of the Year, and winner for Music Video and Single of the Year (Female) for “Mama’s Song.”

Our favorite American Idol winner (since Carrie), Scotty McCreery, took home the New Artist of the Year, and thanked American Idol for launching his career.

If you missed the show – you can catch it again as it will re-air Saturday, December 17th at 10 pm Eastern on GAC.