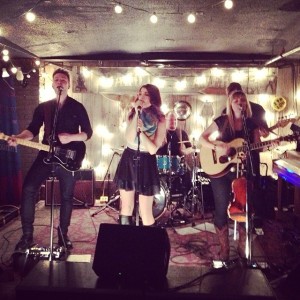 CMJ’s Patrice Whiffen has a chance to chat with Canadian country music artist, Jess Moskaluke, just before her debut album release party at The Dakota Tavern!

Saskatchewan native, Jess Moskaluke, gave a throwback to her YouTube roots at her album release party last night for her debut album, Light Up The Night. Jess was accompanied on stage by Ali Raney of the Canadian country music band, The Lovelocks, and the performance was incredible.

Jess shares with us her excitement about the release of her debut album, her favourite songs, and what fans can expect to hear. Jess also tells us about her ‘Light Up The Night’ lip gloss line!

Check out the exclusive interview with Jess, here!